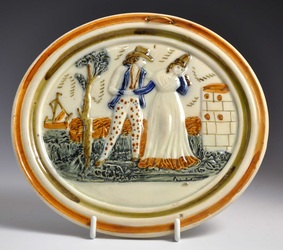 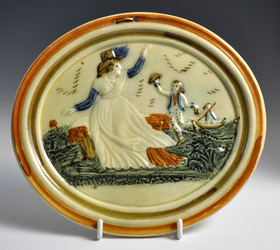 A pair of Prattware plaques showing the sailor's farewell and return, circa 1790. 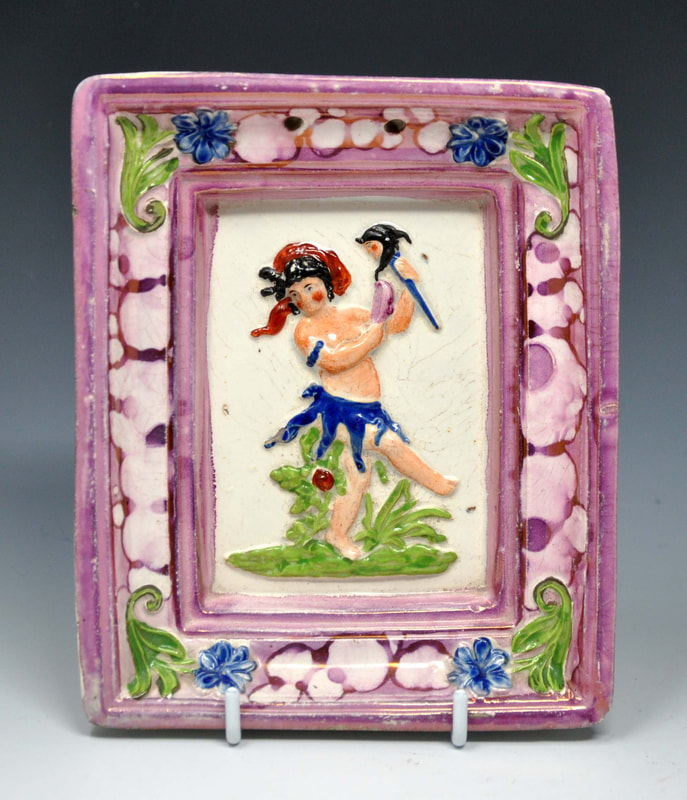 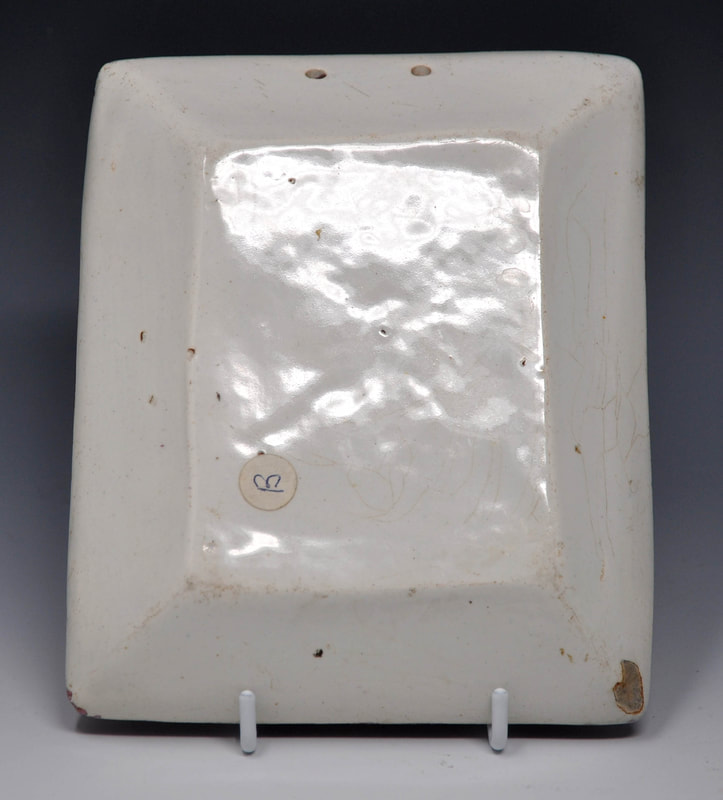 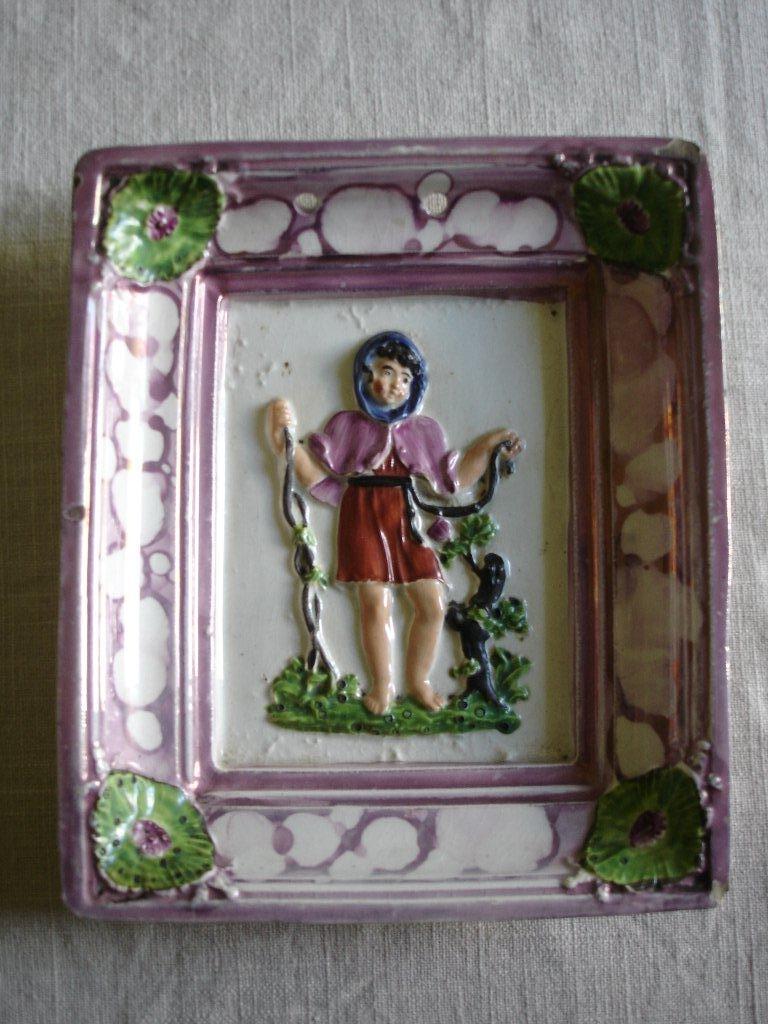 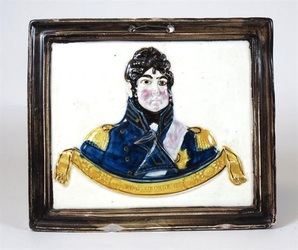 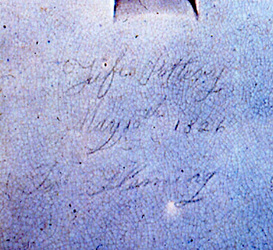 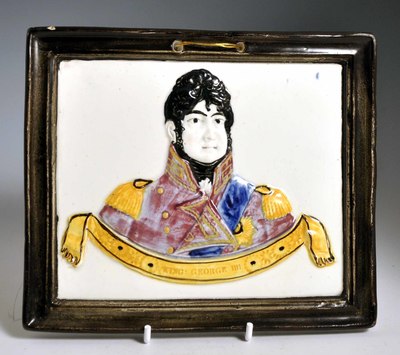 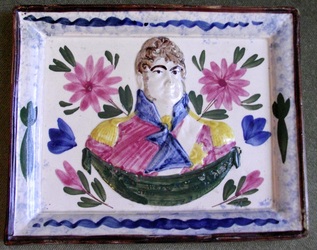 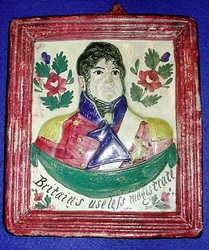 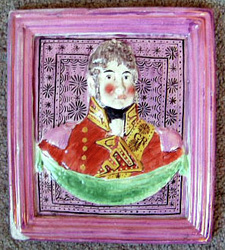 Your George IV relief moulded plaque with black border was produced at the Fife pottery in Kirkcaldy: two are known with incised makers' marks see [second photo]. Other almost similar examples were produced by Rathbone of Portobello and almost certainly by the Caledonian pottery in Glasgow.

When George died the potters often tried to paint over George IV and then add William IV or some other text, sometimes in gilt.
Often this has since been rubbed and you have to look hard for traces.

The third plaque with the words 'George IV WELCOME' to commemorate his visit to Scotland c1822. The centre plaque on the second row has the words 'Britain's useless magistrate'.
Back to top 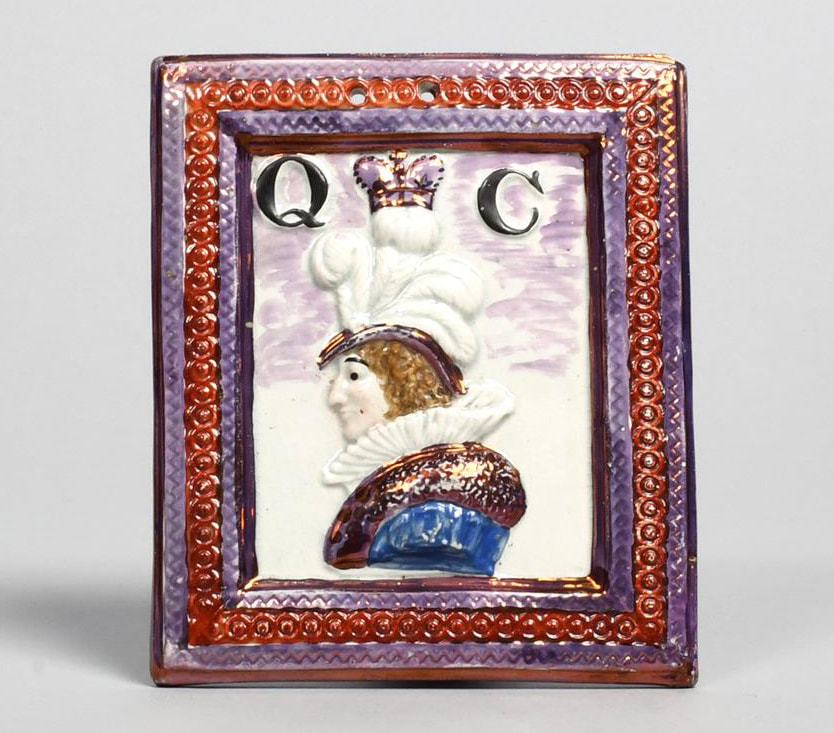 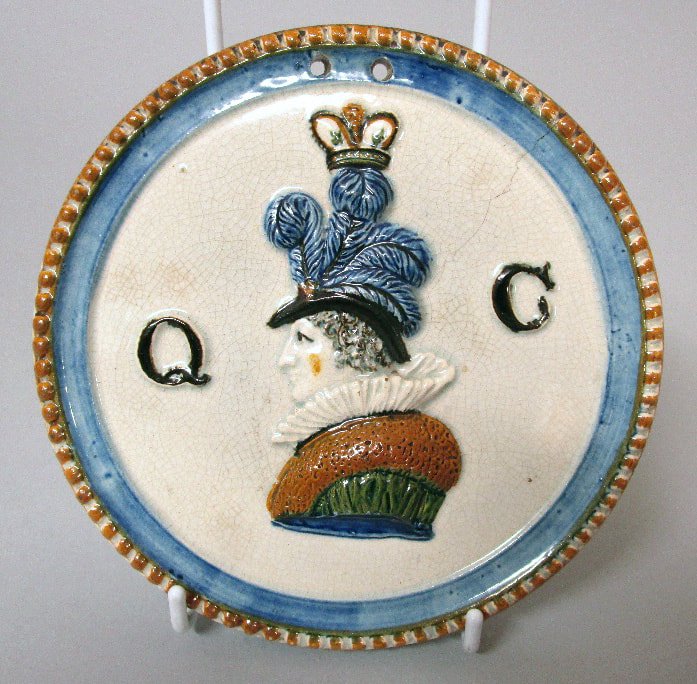 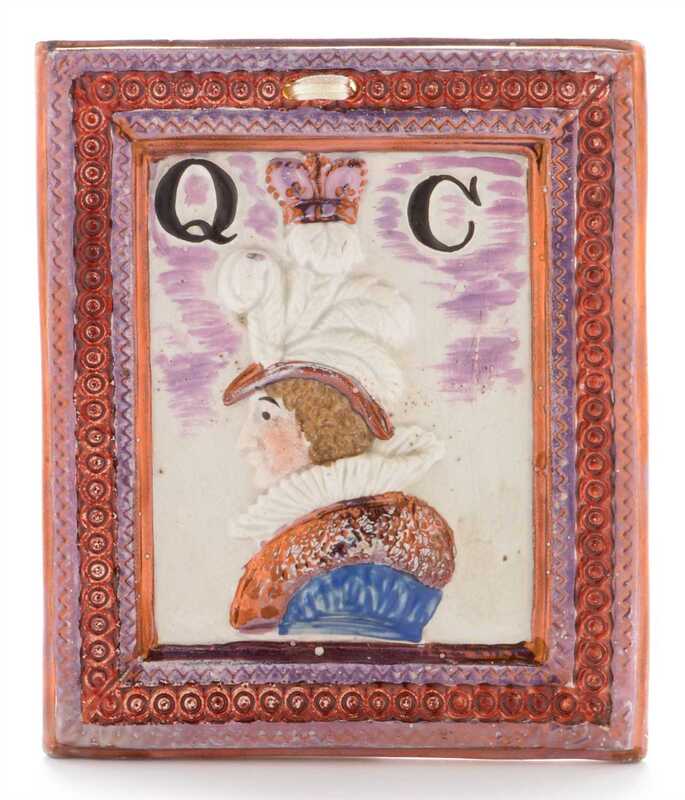 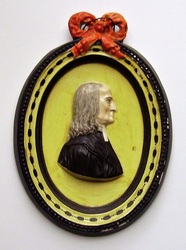 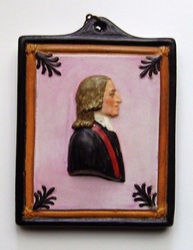 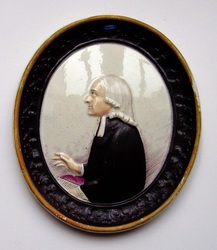 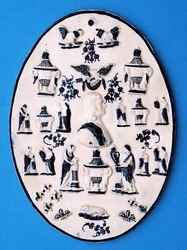 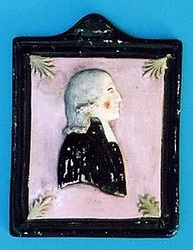 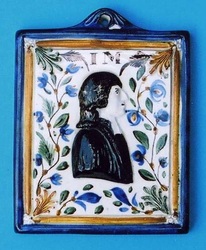 Their owner describes the top three plaques above as: 'three early  embossed plaques - the one on the left I would date as late 18th century, possibly Enoch wood and maybe produced to mark Wesley's death. The same portrait appears on a small flask. The one on the right has an inscription under the glaze on the back detailing the potter and date. Unfortunately it is not easy to decipher but the date is 1811 (to celebrate 20 years since Wesley died?).  The maker looks like Nancy (or Harry!) Holmes.'

The pink lustre plaque below has the date 1821 inscribed on the reverse. 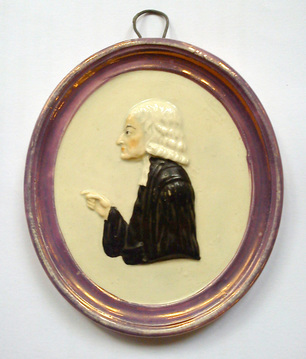