For an overview of pink lustre plaques with religious subjects, click on the religious heading above. 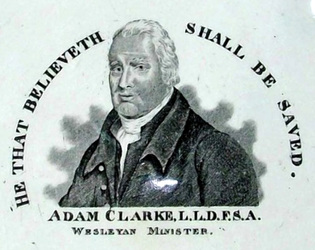 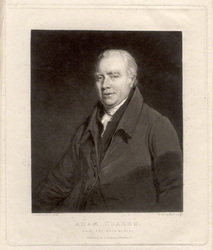 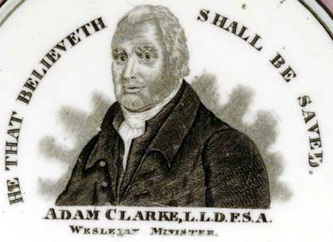 The 'Dixon' Clarke transfer (above left) has a curvy undulating 'aura'. Its peaks (or prongs to use the term in the Wesley section above) cling much closer to Clarke's outline, particularly at the bottom right, where the first is almost lost in Clarke's jacket. The above right non-Dixon (Scott) version has a similar curvy aura, but the peaks are much higher to the right of Clarke, particularly at the bottom. The white spaces between the peaks are thinner. Both are based on a mezzotint by William Ward (circa 1823) after a painting by John Jackson (above centre). 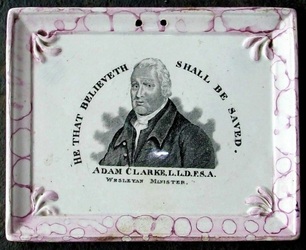 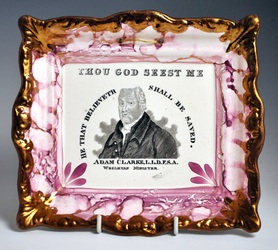 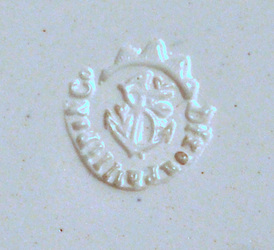 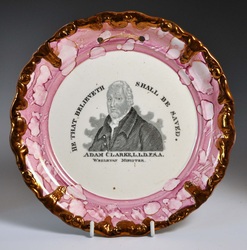 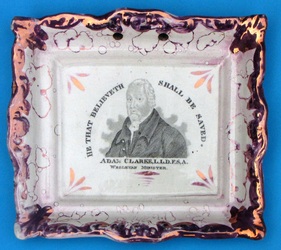 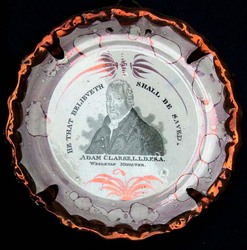 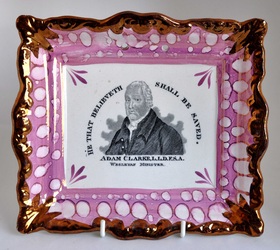 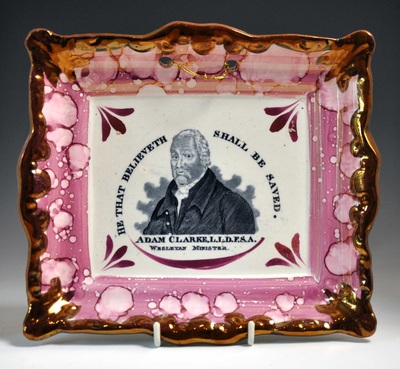 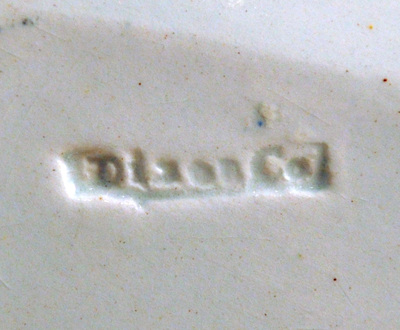 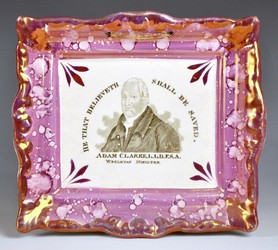 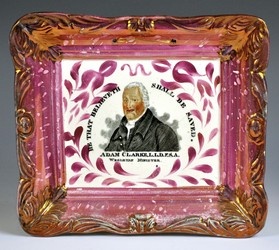 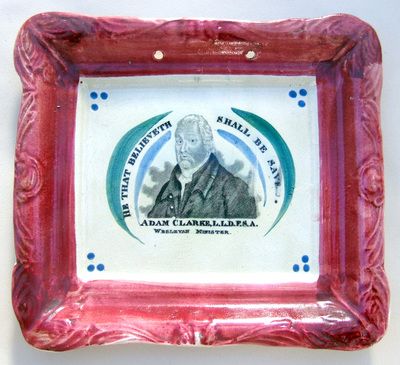 The first unmarked plaque is attributed to Dixon, Phillips & Co. See the Dixon plaques page for similar black and yellow examples. The circular plaques and the more common rectangular variety, e.g. those on the third row, can be found with the 'Dixon, Phillips & Co' (surrounding anchor) and the 'Dixon Co' impressed mark.  Plaques exist with and without the 'THOU GOD SEEST ME' banner, for both impressed marks.

The last two plaques are not Dixon. They are attributed to John Carr's Low Lights Pottery in North Shields, but have the same transfer as the Dixon plaques. They, therefore, post date 1865 when the Garrison Pottery (Dixon & partners) closed. The copper transfer plates were sold to other potteries in that year. The transfer plate looks to have been re-engraved to improve clarity.

Click here to read about the distinctive features of the 'Dixon' Clarke transfer.
Back to top

Attributed to Scott of Southwick, Sunderland 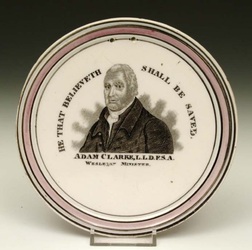 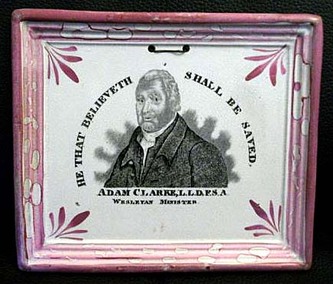 The two plaques above are attibuted to Scott of Southwick. Click here to read about the attributes of the 'Southwick' Clarke transfer.
Back to top 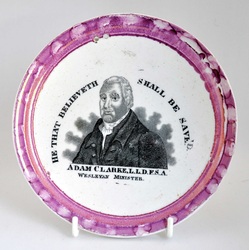 The plaque above is attributed to Cornfoot, Colville & Co. Click here to read about the attributes of the 'C, C & Co' Clarke.
Back to top 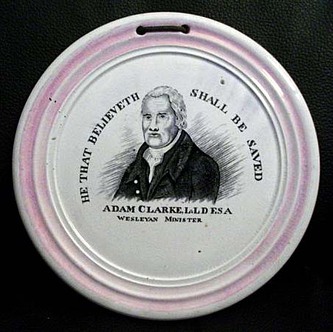 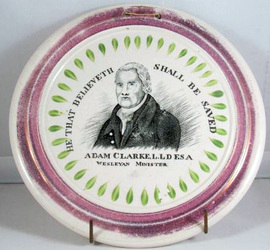 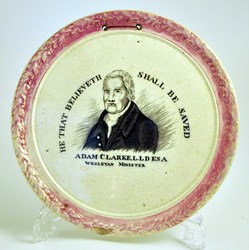 The three plaques above are attributed to Maling. The pink-lustre Maling plaques are often decorated with green brushstrokes (centre above).  Some of these circular plaques have moulded leaf borders (right above).  It is not uncommon for the lustre to be washed out or faded. See the Maling page for black and yellow examples.
Click here to read about the attributes of the 'Maling' Clarke transfer.
Back to top 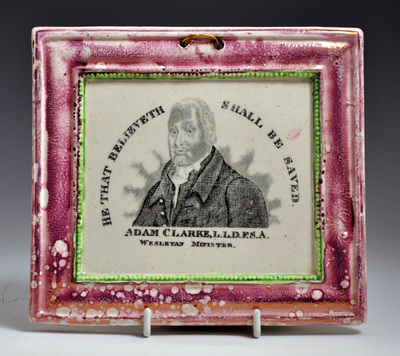 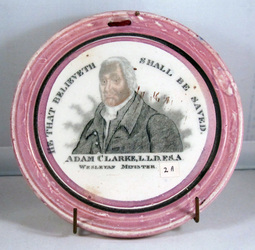 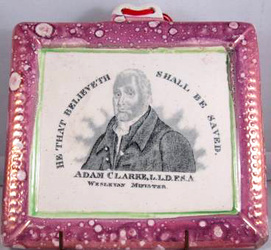 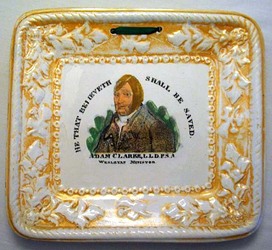 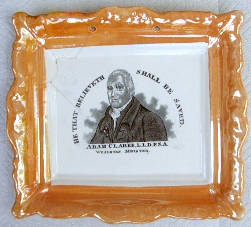